At Red Feather Ranch, we embrace a variety of evidence-based, holistic and trauma-informed approaches to promote the healing of women veterans from trauma, whether it be sexual, combat-related, grief-related, generational, or childhood trauma. We offer nature-based retreats where participants can engage in skills training for sustainable agriculture and food production, as well as foraging and naturalist skills.
​
We believe that we can heal our trauma through building a connection with the land and our community. 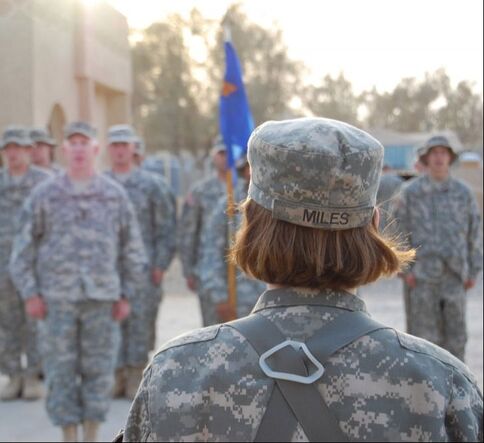 Since the Women's Army Corp was first created in 1942, women have constituted an increasing proportion of the U.S. Armed Forces. As of 2018, women comprise 16% of all enlisted forces and 19% of all officer corps. In 2016, the Department of Defense opened combat roles to service women, opening opportunities for women to join special operations forces including the Navy SEALS and Army Rangers.

Despite the integration of women into the U.S. Armed Forces, service women still face disproportionate challenges while on active duty and as veterans. It is estimated that 1 in 4 service women experience military sexual trauma (MST). Women veterans who were exposed to combat and MST are more likely to develop PTSD than their male counterparts.  Openly gay service women were more likely than their male counterparts to be discharged under Don't Ask, Don't Tell from 1994-2011. Older women veterans are at increased risk for homelessness, chronic physical and mental health issues including chronic pain, obesity, musculoskeletal issues and depression, as well as social isolation, Consequently, women veterans proportionally have lower incomes, a higher prevalence of suicide, lack medical insurance, and experience a higher rate of service-connected disability than their male counterparts.

Women veterans are the fastest growing veteran group in the United States, currently comprising 10.5% of the veteran population, and this number is expected to rise to 15.9% by the year 2040. There are currently around 2 million women veterans in the United States, yet there exists a barrier to care; women veterans utilize VA mental and physical health services at lower rates than their male counterparts, and are less likely to receive mental health treatment for addiction, PTSD, and MST-symptoms.
Support Us